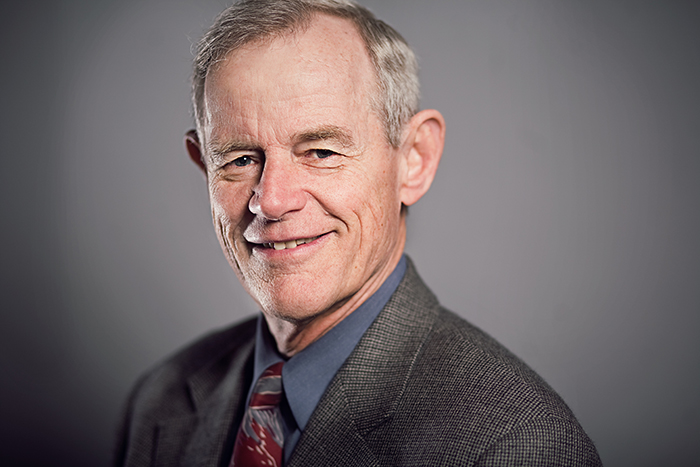 James B. De Young is Senior Professor of New Testament Language and Literature at Western Seminary, Portland, OR, where he has taught since 1975. In April, 2015, he retired and was honored with this title after 40 years of full time teaching. He continues to teach independent studies and grades students on line.

He has published the following books:

He has written articles and chapters for Bibliotheca Sacra, Journal of the Evangelical Theological Society, The Journal of Biblical Literature, Masters Seminary Journal, The Best in Theology, vol. 4 (1990), The Gospels and the Scriptures of Israel (1994) and other publications. He began presenting papers for the Northwest regional meetings of the Evangelical Theological Society in 1981; and almost every year since 1992 he has presented papers for both the regional and national meetings of the Evangelical Theological Society; and once for the Society of Biblical Literature. These papers have covered a wide range of topics including moral issues (homosexuality), textual criticism, biblical world view, 1 Clement (three papers on three topics), the Septuagint, the role of women in the church, the meaning of “the law” and general revelation in the NT, the quotations from the OT as used in the NT, hermeneutics, the Apostolic Fathers and the new perspectives on Paul and the law (three papers), and universalism; and have addressed a host of exegetical problems in the NT (from Matthew, Romans, Galatians, Hebrews, Revelation, 1 John, and others). Burning Down the Shack: How the “Christian” Bestseller Is Deceiving Millions (2010) was written to expose the errors of The Shack (2007) written by Paul Young, with whom De Young is personally acquainted and with whom he co-founded a Christian forum around 1998.

With his sister he completed a biography of his mother in 2014, and has completed a book on Christian universalism—its distortions and dangers. His teaching at Western Seminary included the regular courses of Greek grammar, syntax, and exegesis; and electives in the use of the Old Testament in the New, the Septuagint (LXX), the Greek Apostolic Fathers, the discourses of Christ in the Gospel of Matthew, New Testament introduction, the Synoptic problem, textual criticism, reading (translating) the Greek New Testament, and the new perspectives on Paul and the New Testament canon; and the exegesis of the Greek texts of the books of Romans, Galatians, Hebrews, the Johannine Epistles, and the Revelation. By distance teaching he continues to teach students these advanced courses as independent studies.

James B. De Young was born near Hebron, Illinois, into a farming family on the state line of N. Illinois. He met his wife in nearby Wisconsin and they were married in 1965. Patricia attended Whitewater Teachers College, Wisconsin, and graduated with a BS from East Texas Baptist College (1965). They have four married children, and twelve grandchildren. They live outside of Portland, in Damascus, Oregon, where they have a mini farm and raise Christmas trees and beef cattle. They presently have a dog, two cats, and 2-4 head of cattle. In November, 2012, James was elected to one of the City Councilor positions in Damascus.

About 2008 Jim discovered that he is a direct descendant of Douwe Egberts who in 1753 began the Douwe Egberts coffee, tea and tobacco company headquartered in Joure, the Netherlands. To this day it is a leading coffee and tea producing company with sales throughout Europe and in the United States under the label, DE coffee. The Senseo coffee maker is produced by DE. His grandfather, John De Young, was the great grandson of Douwe Egberts. He came to settle near Hebron, Ill., in southern Wisconsin. In 2009 Jim and his wife accompanied his sister Helen and her husband, Chuck Brehm, on a visit to Holland where they visited the museum dedicated to Douwe Egberts in Joure, and visited Grouw, nearby, the birthplace of Jim and Helen’s mother Grace. A complete biography of Douwe Egberts and all his descendants, written by Jelle De Jong of Holland, was published in 1989. Jim helped to contribute to the final form of this big book and is acknowledged in it. All of Jim’s extended family—parents, siblings, children and grandchildren—are referenced in the book.

Jim is amazed and deeply grateful that God should take a farm boy from the Midwest and place him in such a wonderful ministry of training others for service in the kingdom.

A full vitae is available upon request.